For information and to vote visit the Academy of Canadian Film and Television’s website here.

“Aaron Abrams, who has starred in Blindspot and Hannibal, is to star in CTV comedy Children Ruin Everything opposite Meaghan Rath.

“Meaghan Rath, who has starred in BBC America’s Being Human and has featured in CBS’ Hawaii Five-O and The CW’s Supergirl, is to star in CTV comedy Children Ruin Everything.“ 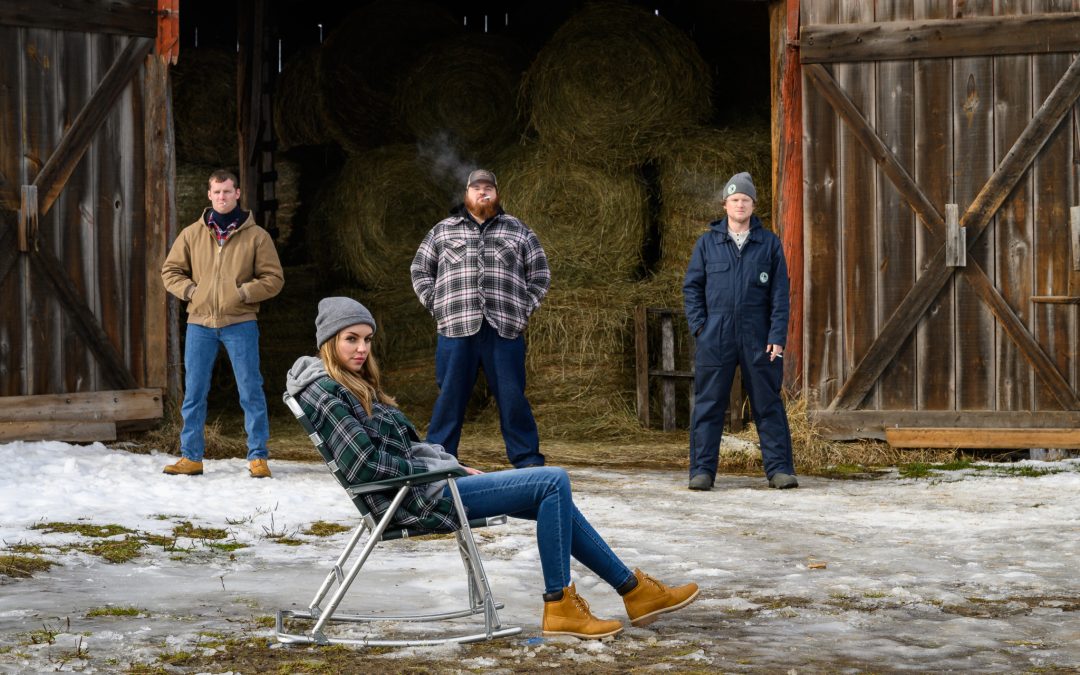 “New Metric Media has inked licensing deals with Funko, Ripple Junction and High Roller Games as it looks to further expand the Letterkenny brand and its revenue streams.”

“The amazing life we had built in our twenties was crumbling into a pile of diapers and cancelled social engagements. But goddammit, we weren’t going down without a fight.” – Kurt Smeaton, Creator and Executive Producer on the inspiration behind CHILDREN RUIN EVERYTHING

“This is a hilarious series with broad, universal comedy at its heart, from an amazing creative team in Kurt and Chuck together with our talented partners at New Metric Media,” said Mike Cosentino, President, Content and Programming, Bell Media. “Commissioning this new series also provides the opportunity to deliver a hit series for CTV while simultaneously expanding the roster of titles for our Bell Media Distribution catalogue.”

Canada’s CTV has ordered a comedy from Modern Family and How I Met Your Mother exec producer Chuck Tatham and Schitt’s Creek writer Kurt Smeaton.

The broadcaster has commissioned Children Ruin Everything from Letterkenny producer New Metric Media. The series has been in development since 2016 and is set to start production in spring 2020. Casting is underway.

The half-hour comedy about living with children follows Astrid and James, who struggle to find a balance between being mom and dad to two kids and being who they were before offspring. It explores the ways kids can tear down your life and, if you’re lucky, replace it with something you have to admit is pretty okay, too.

THE C21 INTERVIEW: New Media Metric president and executive producer Mark Montefiore tells C21TV about the state of Canadian TV comedy as the seventh season of the company’s Crave and Hulu sitcom Letterkenny debuts, and talks about how discussions around rights are changing with the advent of global streamers like Netflix, which carries its drama series Bad Blood.

“There is a magic to the comedic sensibility of this show (Letterkenny) that at once can be both laugh out loud funny and also spiritually nourishing,” added Shibley. “Growing up in small-town Ohio and having turned my curiosity about the world into my life’s work, I have had the fortune to see firsthand that there is a ‘Letterkenny’ in nearly every country on the map and I couldn’t be more thrilled to partner with New Metric Media, WildBrain, and the funny people of the world to bring local versions of this format to life.”

“The TV-show epigram offers a delicious sense of narrative infinity: think of “There are eight million stories in the naked city; this has been one of them,” which closed every episode of the mid-century police drama “Naked City,” or “These are their stories,” the iconic kickoff to “Law & Order.” The exquisitely weird Canadian sitcom “Letterkenny” patches together those two pronouncements to craft its own self-perpetuating statement of purpose: “There are 5000 people in Letterkenny,” the screen reads at the start of each episode. “These are their problems.”

The New Yorker Recommends: Letterkenny… and so do we.